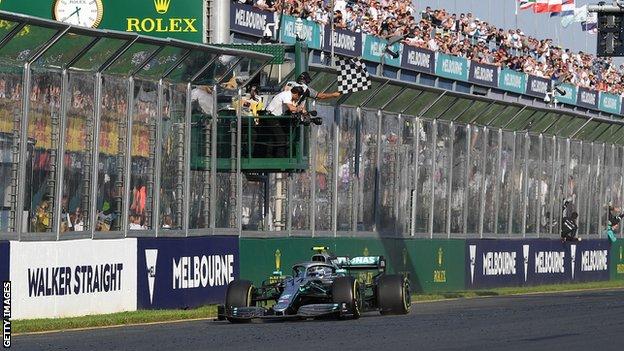 Since the season began it has been forced into a mainly European schedule.

Westacott said the 2021 calendar would be published "in the coming weeks".

He added the grand prix would "form a significant part of the recovery of the major sports and events industry in (the state of) Victoria".

Melbourne organisers are understood to have a go-ahead from the Australian government to host the race in March and to allow fans.

This is on the basis of the strict protocols introduced by F1 to try and minimise the risk of the virus.

Australia is one of the countries with the lowest incidence of coronavirus.

The state of Victoria, of which Melbourne is the capital, recorded only one new infection on Tuesday, and its premier Daniel Andrews said it may actually have been a day of no new infections because the only positive case was from an individual who had previously tested positive.

Melbourne's 14-day rolling average of daily new cases is just 6.4, compared with the 18,804 that were recorded in the UK on Monday.

But its hopes of doing so depend on the development of the situation with the virus around the world.

Organising a multi-continental F1 calendar raises a number of difficult issues, including matters such as national quarantine restrictions for international arrivals into each individual country.