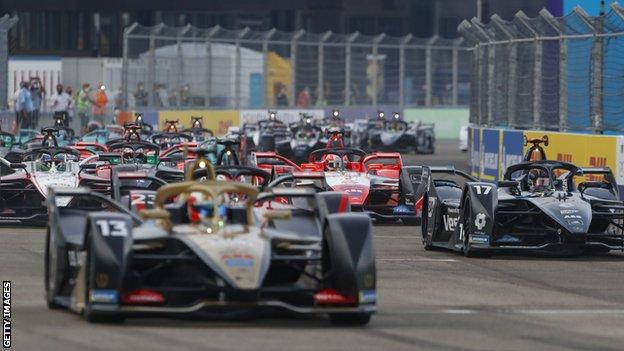 Formula E's season-opening weekend in Santiago has been postponed after Chile closed its borders to those travelling from the UK.

A number of teams are based in the UK and they would have been unable to compete in the races on 16-17 January.

In a statement, Formula E said it was "working with the city" to rearrange the races for later in the first quarter of 2021.

The new dates are expected to be finalised in January.

While Formula One completed 17 races during the 2020 season, Formula E, which has been given world championship status from 2020-21, has found it difficult to organise races on street circuits in cities.

Races scheduled for Mexico City and the Chinese resort of Sanya, in February and March of 2021, have already been postponed.

And earlier this year, the delayed 2019-2020 season concluded with six races in nine days at the Berlin Tempelhof circuit in Germany, after numerous races were cancelled due to the coronavirus pandemic.