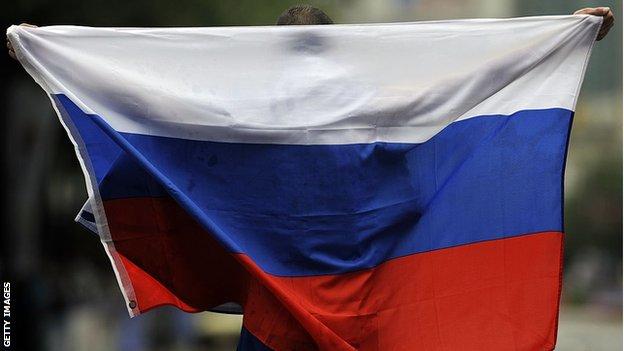 World Athletics has been urged to expel Russia and prevent athletes from competing on a 'neutral' basis.

World Athletics - the sport's international governing body, formerly known as the IAAF - introduced authorised neutral athlete status (ANA) in the wake of the Russian doping scandal, so that Russian athletes could compete at major competitions if they could prove they had been regularly drug tested.

A total of 29 Authorised Neutral Athletes from Russia competed at the 2019 World Athletics Championships in Doha, Qatar.

If the AIU's request to prevent individuals competing as authorised neutral athletes is upheld, there could be a blanket ban on Russian participation at the 2020 Tokyo Olympics.

The AIU - set up by the world governing body in 2017 to combat doping in athletics - said it was "regrettable" that the Russian Athletics Federation (Rusaf) had chosen "not to admit" to the "acts and omissions" of its employees.

The AIU called for the "severest possible consequences" - including that the "authorised neutral athlete process should remain suspended" and that Rusaf be "expelled" from World Athletics Congress membership.

"In the AIU Board's view, a responsible member federation in the circumstances would have admitted the charges and shown contrition for its conduct, but Rusaf has chosen to do neither," an AIU statement read.

"Instead, Rusaf has gone to great lengths to deny any involvement in the matter, blame others and attack the process."

Following the statement, World Athletics said if Rusaf denied the recent charges, it would put "all necessary resource" into presenting the case to the Court of Arbitration for Sport.

If, however, Rusaf admit the charges, World Athletics said it will find a "new process for Russian athletes to apply for authorised neutral athlete status".

If the charges are admitted, World Athletics will consider sanctions but they will not include any proposal to expel Rusaf. The world governing body would instead decide on a new process to reinstate Rusaf.