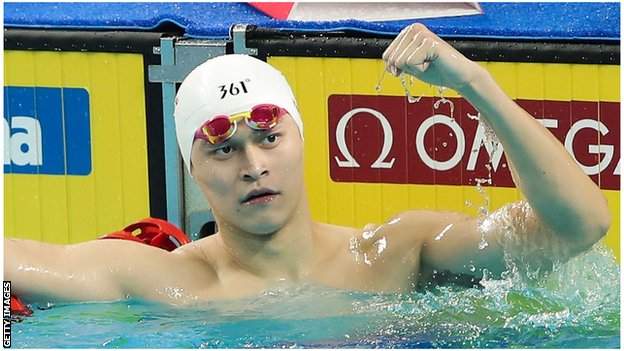 Three-time Olympic champion Sun Yang has lodged an appeal with Switzerland's highest court against his eight-year ban for missing a doping test.

The Chinese swimmer, 28, was initially cleared of wrongdoing by Fina, the world swimming federation.

But the World Anti-Doping Agency (Wada) appealed to the Court of Arbitration for Sport (Cas) and the decision was overturned.

An eight-year ban was imposed on Sun because this was his second offence.

He had served a three-month suspension in 2014 for taking prohibited stimulant Trimetazidine.

Sun can take his appeal to the Swiss Federal Tribunal because Cas is an arbitration organisation based in Switzerland, but the court can only rule on procedural aspects, such as whether it was the right jurisdiction and if the application of law was fair.