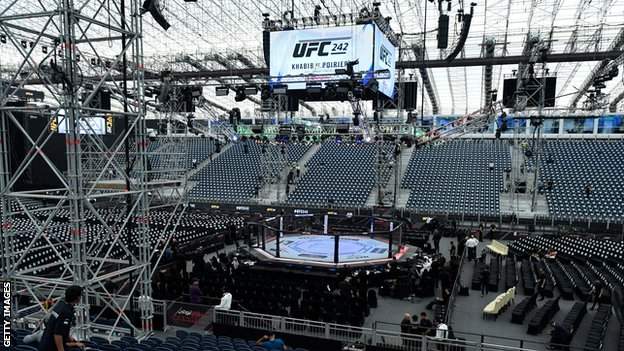 Fighters will stay and train on the island before the fights take place in an "octagon on the sand", as UFC continues despite global border limits.

The event will include UFC 251 on 11 July, headlined by welterweight Kamaru Usman's defence against Gilbert Burns.

"Nobody will leave," UFC president Dana White said. "Everything will happen on the island."

Because of the coronavirus crisis, authorities will set up a safety zone including an arena, hotel, training facilities and a restaurant which will only be open to fighters, coaches, UFC staff and other event personnel.