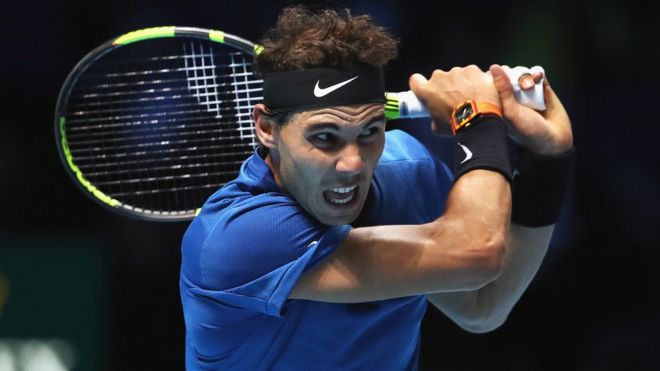 Rafael Nadal is world number one in the men's singles ranking

Nadal sued her for damages, saying her comments were harmful to his image. He had sought 100,000 euros in damages.

The world number one said he would donate the compensation in full to a French charity.

Bachelot made the comments in a TV interview last year.

The judge also issued her with a suspended fine of 500 euros, ruling that she was guilty of defamation.

In a statement Nadal said: "I intended not only to defend my integrity and my image as an athlete but also the values I have defended all my career.

"I also wish to avoid any public figure from making insulting or false allegations against an athlete using the media, without any evidence or foundation and to go unpunished."