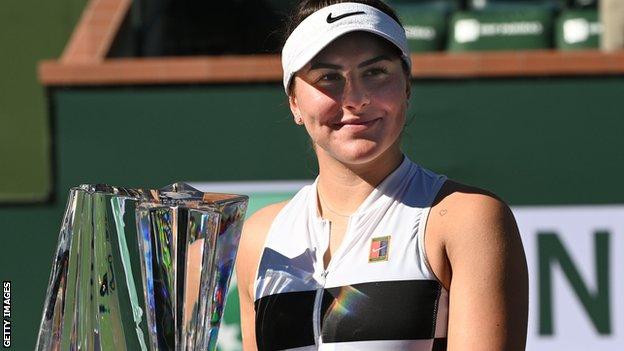 The Indian Wells tournament has been cancelled because of concerns about the spread of coronavirus.

The tournament, a combined ATP and WTA event which is one of the biggest and most prestigious outside of the Grand Slams, was due to start this week.

Health officials in California said there was "too great a risk" to hold a "large gathering of this size".

"We are prepared to hold it on another date and will explore options," said tournament director Tommy Haas.

Many of the world's leading players, including men's world number two Rafael Nadal, have already arrived in California for the event.

Qualifying was set to start on Monday with the main draw matches beginning on Wednesday.

The tournament draws more than 400,000 fans each year to Indian Wells, which is 130 miles east of Los Angeles.

"We are very disappointed that the tournament will not take place, but the health and safety of the local community, fans, players, volunteers, sponsors, employees, vendors, and everyone involved with the event is of paramount importance," added Haas, the former world number two.