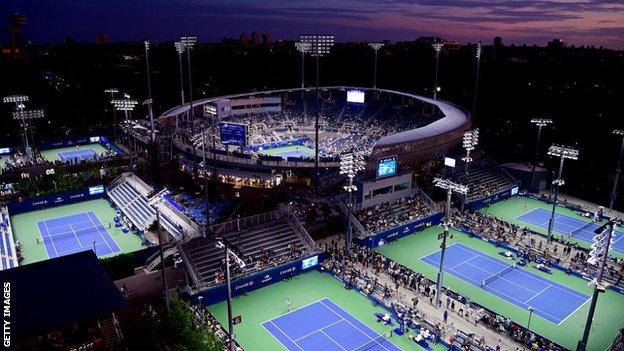 A player has been withdrawn from the US Open, which starts on Monday, after testing positive for coronavirus.

The player, who has not been named, is showing no symptoms but must now isolate for 10 days.

A US Tennis Association statement said: "A player has tested positive for Covid-19 and has been withdrawn from the tournament."

Contact tracing will also determine if close contacts will need to quarantine for 14 days.

Paire had been scheduled to play Kamil Majchrzak in the first round at Flushing Meadows in New York on Tuesday, with the Polish player now listed as facing Granollers.

British number one Johanna Konta said it was "shocking and worrisome" a player had tested positive inside the US Open bubble.

"We've had a few [positive tests] but it is definitely different when they've been here, had negative tests and then tested positive," said Konta, who plays fellow Briton Heather Watson on Tuesday.

"The issue we have is it's not a full bubble, there are still some people working for the tournament who are coming in and out.

"It is as safe as we can get in terms of how many people are here to run this operation."